Curious about Andrographis paniculata herbal extract? Check out these resources from our site or scroll down to find answers to common questions. If you have more questions, reach out! 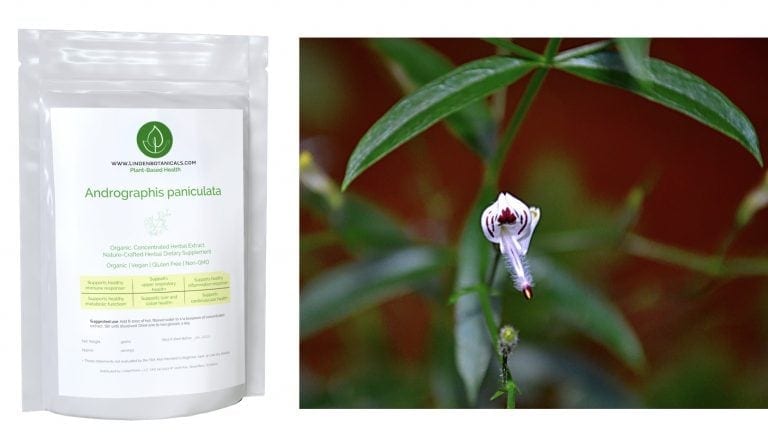 Do you sell Andrographis paniculata?

Yes! You can order it as an extract from our online store.

What other names does Andrographis go by?

Andrographis is commonly known as Andrographis paniculata or green chiretta. Other common names used to describe the herb include Chuan Xin Lian, Andrographis, Kalmegh, and Indian echinacea, and the King of Bitters. We call it the Green Defender.

What is Andrographis paniculata known for?

Andrographis paniculata is a medicinal herb in the Acanthaceae family. It is known for its bitter taste. It is a significant plant in the ethnomedical traditions of its native range. In Traditional Chinese Medicine (TCM), it is thought to dry dampness and clear heat from the lungs and smaller digestive organs. In Ayurveda, it is used to support detoxification pathways, support digestion, and modulate the body’s immune response. It is considered anti-allergenic, anti-inflammatory, and supportive of the liver and gall bladder.

What is its potential for Lyme disease support?

Lyme disease is a bacterial infection caused by the bacterium Borrelia burgdorferi. A national surveillance report from the Center for Disease Control reveals that more than 476 000 Americans are infected with this disease each year. Some of the signs and symptoms of Lyme disease include inflammation, joint pain (arthritis), muscle pain, swollen lymph nodes, and fever. The standard therapy recommends the use of antibiotics in treating Lyme disease. However, these antibiotics do not address the issues of inflammation, joint pain, and tissue damage caused by the spirochete.

Andrographis benefits include possible support for treatment of Lyme disease. It may prove effective in assisting the immune system in the very early, blood-borne stage of Lyme disease, called the planktonic stage. Andrographis may also support the health of joints and soft connective tissue that are challenged during chronic Lyme infection. The herb can help reduce inflammation at the joints and lymph nodes, issues often associated with Lyme disease.

Andrographolides have anti-borreliae properties that interfere with the bacteria’s mechanisms. The active ingredient also may support immune function, enhance liver function, and strengthen heart muscles, which may help the immune system in clearing the bacterial infection.

What is the Buhner Protocol?

Steven Buhner’s book Healing Lyme advocates for the use of Andrographis in treating the disease. A pioneer in the use of botanical medicines for Lyme disease, he developed a botanical protocol that focuses on several important herbs, including Andrographis.

Can it help reduce Herxheimer reactions?

In his book How Can I Get Better? Dr. Richard Horowitz describes the Jarisch-Herxheimer (JH) flare up as a “temporary worsening of the symptoms of Lyme disease that occurs when the Lyme spirochete is being killed off by antibiotics, creating inflammation … These JH reactions produce cytokines (TNF-alpha, IL-6, and IL-8), which then create inflammatory symptoms, including increased fever, muscle and joint pain, headaches, cognitive impairment, and a general worsening of the underlying symptomology.”

It’s a full-bodied, bittersweet herb that grows in Asian regions. More than anything, parasites, including Borrelia burgdorferi, “fear” this herb. In fact, herbalists recommend that bitter is better, especially when it comes to treating many health conditions. The right all-natural herbs can help to strengthen the immune system, reduce oxidative stress, and enhance digestion.

Is Andrographis an adaptogen?

What cold and flu support does it provide?

Andrographis can be used alone or combined with Eleutherococcus senticosus to reduce the severity and duration of flu symptoms. The herb contains antiviral properties against viruses such as influenza and HIV. It also increases the number of lymphocytes and may provide immune system support for HIV patients.

Can it be used to support cancer treatment?

The herb contains anti-mutagenic properties that have the potential as an adjuvant to reduce the symptoms and severity of cancer treatment. It also contains bioactive ingredients with antioxidant properties that may help to reduce oxidative stress caused by cancer drugs. A study conducted by City of Hope, a National Cancer Institute-designated comprehensive cancer center, suggests that Andrographis may help to eradicate colorectal cancer cells that are resistant to chemotherapy.

What are its cardiovascular properties?

Andrographis and its extracts may support heart and vascular health. Preclinical research suggests that one of the phytoactives (andrographolide) can support normal blood pressure and flow of blood in veins, arteries, and capillaries. Andrographis may also support healthy liver function and cholesterol balance. These benefits and the support of healthy metabolic function make the King of Bitters a promising support to the cardivascular system.

What are its colon support properties?

Andrographis supports colon health, which could be beneficial for treatment of ulcerative colitis, an intestinal inflammatory disease that could result in colon cancer if not managed early. The anti-inflammatory properties of andrographolides suggests a potential therapeutic alternative against ulcerative colitis.

The herb may reduce inflammation at the joints and lymph nodes, which are issues often associated with Lyme disease.

In addition, its anti-inflammatory properties are used to support treatment of symptoms of arthritis as well as joint pain and muscle spasms from extended exercise. Andrographis may help to protect the body from endotoxin damage.

What are the traditional uses of Andrographis paniculata?

It is traditionally used as a digestive tonic, aiding in the resolution of stomach complaints for children and adults. Other traditional uses include support for treatment of hypertension, low energy, blood sugar balance, rheumatoid arthritis, and bacterial infections.

How do I consume Andrographis extract?

Instructions: Add 1/4 teaspoon of concentrate to 8 ounces of water or a cup of juice. Stir until dissolved. Drink 1-2 glasses a day.

How did you choose your Andrographis supplier?

What if I have more questions about Andrographis?