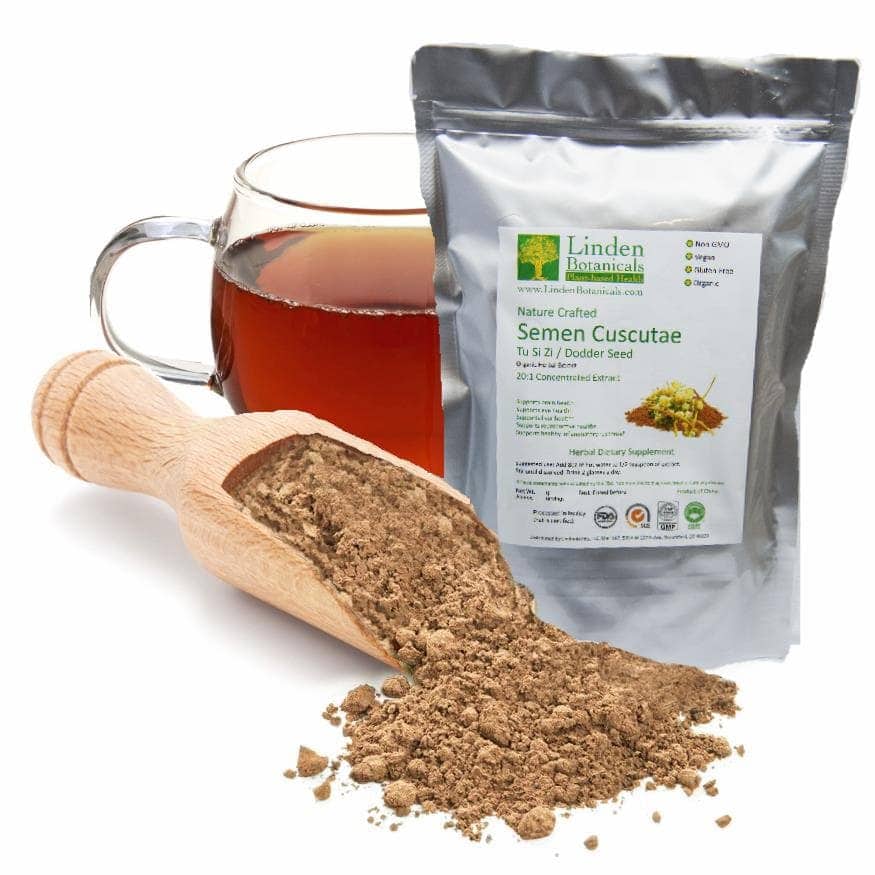 Semen cuscutae health benefits may include invigorating the kidneys and the liver, supporting immunity, and stopping diarrhea.

Semen cuscutae, also known as Dodder Seed, Tu Si Zi, and the “Longevity Herb,” is the seed of a vine used in Traditional Chinese Medicine to invigorate the kidneys, nourish the liver, and stop diarrhea. It’s a nootropic, and it has a high flavonoid content and strong antioxidant properties. Therapeutic uses include support for brain health, central nervous system health, and a healthy reproductive system.

As a prime ingredient in Traditional Chinese Medicine, Semen cuscutae has an incredible number of therapeutic uses, which we will explore below.

Here’s what major scientific publications have to say about semen cuscutae health benefits:

While Semen cuscutae is regularly used to treat a variety of chronic diseases and everyday ailments, it’s not recognized as a drug nor a medical treatment by the FDA in the United States.

To be clear, we’re not suggesting that Semen cuscutae can be used as a treatment for a specific disease. Instead, we will discuss the therapeutic uses of Semen cuscutae recognized in Traditional Chinese Medicine. Semen cuscutae offers a broad spectrum of support, which is why we believe it’s a valuable health supplement. The goal is to provide some understanding of the multiple body systems with which Semen cuscutae interacts.

Healthy Liver and Healthy Spleen: Semen cuscutae is valued for its healing and rejuvenating powers. Therapeutic uses include invigorating the kidneys, as well as nourishing the liver and spleen.

Kidney Health: Semen cuscutae is traditionally used to treat ailments caused by a kidney deficiency. These ailments include symptoms such as lower back pain, erectile dysfunction, urinary frequency, and leucorrhea.

Immune System Health and Enhancement: Semen cuscutae exhibits an immunosuppressive effect on dendritic cells and attenuates dendritic cell function, which suggests that semen cuscutae has potential in the treatment of chronic inflammatory and autoimmune diseases.

Vision and Eye Health: Semen cuscutae is used to help improve eyesight. It is used to treat blurred vision and decreased visual acuity caused by insufficient nourishment of the eyes due to liver and kidney deficiencies.

There is good reason to believe that a lifestyle-related approach to optimal health will benefit from support with Semen cuscutae as a health supplement.